Liposuction for the Double Chin 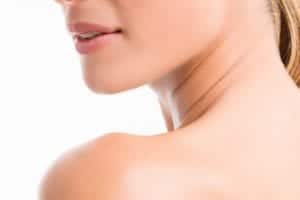 You may be well-aware that your food choices have a direct effect on your general health and well-being. If you’ve ever lost weight, you may know that the general teaching is the diet and exercise can get you where you want to be. You may also know that this theory doesn’t always pan out the way we’d like. Certain parts of the body are simply hard to slim. One of the common areas of interest at this time is under the chin. There is no exercise to target submental fullness, also known as the double chin. Furthermore, this area of accumulated fat may not respond when you lose weight. That doesn’t mean you have to live with it. Here, we discuss common options for treating double chin fat.

Liposuction for the Double Chin

Historically, people who wanted to get rid of unwanted fat would undergo surgery. Liposuction is a minimally-invasive procedure that has only gotten better with time. Using advanced technologies that either expand or melt fat cells, surgeons now have more sculpting power than they have had in the past. The liposuction procedure is performed through tiny incisions made as discreetly as possible so resulting scars cannot be seen. Although it is considered a surgical technique because incisions are made, neck liposuction is often performed with a local anesthetic and mild sedative. Fat is removed through a thin hollow tube. After surgery, patients may be back to work within 3 to 4 days.

Injectable Treatment for the Double Chin

Just a few years ago, unwanted submental fat gained a new enemy: Kybella. This FDA-approved injectable treatment destroys fat cells the same way the body breaks down dietary fat, with deoxycholic acid. This chemical gets absorbed by fat cells and causes controlled damage. This prompts the body to then flush the affected cells through the lymph. While no anesthesia is needed, Kybella may still incur a short period of downtime. This is because the insertion of deoxycholic acid can cause significant, noticeable swelling for a few days. After this time, the upper neck gets progressively smaller. To achieve optimal results, it may be necessary to undergo multiple Kybella sessions scheduled approximately six weeks apart.

It’s possible to reframe your face. To learn more about the benefits of Kybella vs. liposuction, schedule a consultation with Dr. Lombardo in our Rancho Mirage office.